Everyone everywhere — literally the global population — is being adversely affected by chemtrails and nanotechnology (aka nanoparticles). Almost everyone I know and work with has some sort of issue aerosol spraying sickness, be it chem-lung disease (persistent bronchitis-like cough) or one of many other maladies. Luckily, I can do removal of nanotech and chemtrail residue as part of my energetic healing modality. Almost no other alternative healer out there — let alone the medical industry — is tackling this issue, although some mainstream scientists have acknowledged the existence of chem-lung or chemtrail lung disease.

About Chem-Lung Disease aka Chemtrail Lung

(Natural News) The existence of chemtrails used to be a topic of debate, but they are now being more widely acknowledged by experts like meteorologists to scientists. It’s becoming increasingly difficult to deny that they exist as more and more people are coming down with illnesses related to chemtrails.

When TV host Rachel Reenstra had trouble overcoming a persistent cough, accompanied by aches, pains, and fever, she visited a doctor. After chest x-rays revealed a type of bronchitis, she was given antibiotics, which only seemed to make her feel worse.

Her doctor told her that lots of bacterial infections are going around, and when she asked him where they are coming from, he told her the truth that many doctors wouldn’t dare reveal to their patients: Chemtrails are at the heart of widespread lung problems right now. Surprised by his candor, she asked if she could videotape him talking about the phenomenon. You can see the video below; the unnamed doctor appears just before the 8-minute mark.

The doctor says he has witnessed hundreds of Californians suffering from this problem, which he calls “chemtrail lung.” He says it is an “emerging problem” that is being faced all around the world, with the toxic gases, chemicals, virus particles, heavy metals and other gases that are being sprayed into the atmosphere leading to problematic levels of respiratory infections.

He added that it’s particularly bad where Reenstra lives in California thanks to the area’s proximity to Palmdale Airport. He said that the area’s topography and the Santa Ana Winds make this problem worse, and the fact that many of the nation’s most polluted cities are found in California doesn’t help. In addition, he cited gases from fracking as contributing to the problem, along with antibiotic overuse and inhaling mold and mildew.

Interestingly, Reenstra’s symptoms initially pointed to the flu. When she told her doctor she hadn’t gotten a flu shot, he was relieved. In the video, you can also see the courageous doctor admitting that he does not recommend the flu shot except for a select few and even then, he advises against getting it every year. He points out that scientists basically guess what to include in each year’s vaccine, and some years it’s less than 20 percent effective. He feels it doesn’t benefit patients, and they are better off being proactive about health and prevention than relying on shots.

Both the doctor and Reenstra are risking their careers by talking publicly about this controversial issue, and one can only hope that their courage will inspire others to speak out.

Nearly everyone on Earth breathes in unsafe air

It’s not just chemtrails you need to worry about, by the way; there’s also the matter of particulate matter [including nanotech particles]. The type of fine particulate matter that comes from car exhausts, for example, can cause inflammation in the lungs and beyond, contributing to heart disease and insulin resistance.

A recent report from the Health Effects Institute found that 95 percent of our planet’s population breathes in unsafe air, which comes from everything from burning solid fuels like coal or biomass to transportation emissions. In 2017, more than six million people’s deaths were related to air pollution, with causes like chronic lung disease, lung cancer, stroke or heart attack.

With so many toxins already floating around in the air we breathe, the last thing we need is chemtrails putting even more toxic substances into our air. Discover more news about geoengineering and chemtrails at Geoengineering.news.

Sources for this article include:

Are You Suffering From Chemical Inhalation Symptoms?

It’s almost an unneeded question to ask, when for around 100% of us, the answer would be “Yes.” Remember that they are putting some of the same stuff in the vaccines that they are in the chemtrails aka aerosol injection spraying aka geoengineering pollution. Exactly what chemicals are in chemtrails, you ask? Silver iodide, barium, strontium, aluminum oxide, and on and on…

Here’s a list of chemtrail residue contents I borrowed from StopSprayingCalifornia.com:

Open air Chemtrail spraying operations are now live in California (all 50 states and all NATO countries). Independent analysis of chemtrail fallout has identified many toxic chemicals including;

Are you starting to get a better picture of just what the hell is raining down upon us, courtesy of the USAF and the UN?

Why Removal of Nanotech is Critical

Sure, you see many headlines talking about the benefits of nanotechnology, how it does this and that, and isn’t it super-great we have these wonders of science helping us out? Ask your intuitive inner self and you will probably find the answer is no, it’s not helping us. It’s helping medical science do more invasive things in and to our bodies, and in turn make them millions more in profits, but is nanotechnology really helping the average man, woman, and child? Likely not.

Here’s an excerpt from an excellent article on the subject of why removal of nanotech from the body is critical:

Tony Pantallesco, a brilliant naturopath, herbalist, and researcher offers information on how to remove the tiny, invisible bits of nanotechnology/synthetic biology raining down on us everyday that lodge in our skin and organs and blood and alter our DNA, clog our blood, and deprive our brain of vital minerals, among other unsavory effects. “We are being genetically engineered,” [says he.] 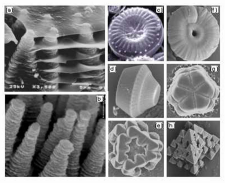 Watch his demonstrating how to make a “nano-bucket,” a bucket wrapped in wire in order to create an electromagnetic field to get the nano-bits out of the body, while he discusses the realities of current-day pollution.

Most of us suffer ill effects from the continual chemtrail fallout. The nano particulates of metals are hard to excrete especially if you have a sluggish immune system.

The list below offers some suggestions of various natural supplements, modalities, foods, etc, many of which are reasonably priced and that people have found beneficial in helping eliminate heavy metals and toxic substances related to chemtrails.

Try to “unplug” as often as you can from wireless as the cross domain bacteria (Morgellons) thrives in a wireless environment.

Naturopathy and Homeopathy can provide great ameliorative benefits, such as:

You can also buy a chemtrail detox kit/nanotech detox kit from my online store!

The unhappy fact is, we are being poisoned, and each one of us needs to take active steps to take care of ourselves and our families. If you are or someone you know is continually fighting a fungus infection, or any kind of chronic disease, know that the nanotech is adding to or creating that condition in your body. Children and the elderly are especially vulnerable. It’s estimated that the increase in dementia, Alzheimer’s, Parkinson’s, and neuralgia these days can all be traced to nanotech from chemtrails and vaccines–and why wouldn’t it be[, since the same companies/monied interests are pushing vaccines and chemtrails]…?

Find out more about Morgellons–which apparently we all have, in latent or expressed form, thanks to nanotech–here.

And if chem trails are still registering as con trails to some of us, and the lies of certain NASA scientists are what we may still be holding in our heads as gospel truth, please visit aircrap.org  or Chemtrails Planet for documentation, letters, papers, statements from more ethical scientists, visit geoengineeringwatch.org for regular updates, click on Earth/Environment here for more links.

Dark Journalist has a wonderful interview with Elana Freeland, HAARP and Chem Trails researcher, you can watch that video on their website. She details how nanotech and EMFs and HAARP emissions combine to make us all electromagnetically more conductive and receptive, and how the transforming of the environment into a giant antenna relates to Artificial Intelligence and supercomputing initiatives underway, as the Police State becomes even more all-encompassing.

Also please see my fairly recent interview with Elana Freeland here, where she discusses the issue of transhumanism and the takeover of humanity via nano/neurotech:

Harald Kautz-Vella and Cara St. Louis, authors of the book Dangerous Imagination, Silent Assimilation, which discusses chem trails from both scientific and sociologic points of view, can be heard on Sage of Quay radio here discussing how the nanobots are self-assembling, how the EMF radiation all around us assists the targeting via the nanotechnology, and how the combination of EMF and nanotechnology can be engineered to be specific to certain populations; their videos and talks can be found on Youtube. (This talk is particularly interesting from the EMF point of view; one of the things Harald talks about is mass ULF-emissions from the center of Berlin.)

Chem trails–t/outed as geoengineering–are also apparently connected to a global depopulation agenda–which unfortunately is not the conspiracy theory dream of deluded researchers but the conspiracy of deluded globalists, more on that soon.  Until we can oust these psychopaths from power and end these programs of mass pollution, please detox.

Cody Snodgres, recent whistleblower from the Special Access black ops world, who spoke on various things but particularly on Mind Control ops being run on the populace, converses here with long-term researcher and investigative journalist Ole Dammegard on the chem trail project Indigo Skyfall and its secret intention to destroy human consciousness via calcification and suppression of the powerful pineal gland, in tandem with other programs being run on us. Such as forcing GMOs into our food supply, pumping fluoride into our water, stealing unsavory additives into our vaccines and food supplements, and more.

The plain and simple fact is, chemtrails and nanotechnology spraying exists. What we can do about it in detoxing ourselves from it is the only real question to ask here. Luckily, we have the solutions for all our health problems, and I can provide both the naturopathic remedies and the energetic healing as well! Removal of nanotech and chemtrail residue from your body is of paramount importance, so if you or a loved one is suffering chem-lung disease aka chemtrail lung disease, Morgellons, or another unfortunate side-effect of chemtrail spraying, buy my chemtrail detox kit and/or contact me immediately for further help!

2020-03-03T21:19:10-08:00By FutureNow|Categories: Alternative Healing, energetic healing, health and wellness, health and wellness coaching|Tags: aerosol injection spraying, chem trail project Indigo Skyfall, chemtrail detox kit, chemtrail residue contents, Chemtrail Residue Detox, chemtrails and nanotechnology, EMF radiation all around us assists the targeting via the nanotechnology, geoengineering pollution, how nanotech and EMFs and HAARP emissions combine to make us all electromagnetically more conductive, Morgellons, nanotech from chemtrails and vaccines, nanotechnology, Naturopathy and Homeopathy, what chemicals are in chemtrails, why removal of nanotech from the body is critical|0 Comments

About the Author: FutureNow

*You will have two options for payment one is PayPal and the other is CoinPayments.net to pay with Crypto Currencies or Digital Currencies when you go through the checkout process.*
*Once you get to the payment portal you can make this choice pay with PayPal or with Crypto!*